I love my hometown of Annapolis, so I surprised my husband this 4th of July with a 2 hour sail on the Woodwind. http://www.schoonerwoodwind.com/

It was a beautiful day on the Bay!

The Woodwind sails from the Marriott dock near the Eastport bridge. (we found free parking just a few streets over the bridge, a short walk) Tickets were very reasonable $40.00 a person for 2 hours. Cash bar is available and they have some free snacks. The Woodwind boards right in front of Pusser’s,  http://pussersusa.com/locations/annapolis-restaurant this was awesome, it gave us a chance for a couple of drinks before we boarded and to watch “Ego Alley” (boaters’ like to parade down this corridor toward the City Dock to strut their stuff). 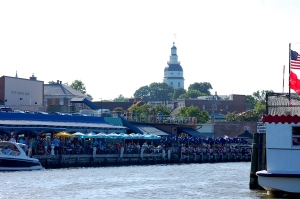 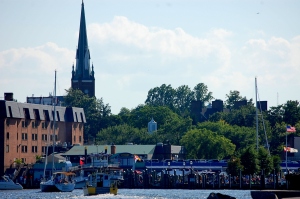 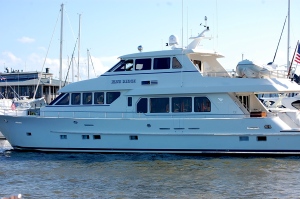 The crew was amazing, friendly and quick to strike up conversation. They allowed for some hands on experiences for those that were interested. We however chose to relax and take in the view. The weather was perfect for sailing and the Bay was very crowded with boats of every size. 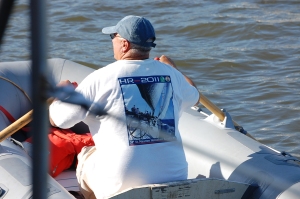 We got lucky and snagged a table at the outside bar at Pusser’s when we got back. Needless to say my over-indulgence yesterday is not helping my losing 20lbs. in 2 months quest. 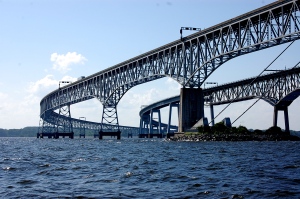 Parking over the Eastport bridge ended up being a smart move on my part. The parade started at 6:30 near the dock area and there was a throng of people heading in to stake out a spot to watch the fireworks so we had an easy exit through the neighborhoods of Eastport. This lead me by one of my childhood houses……funny story.

This is a picture of my old house on Van Buren. I remember this house fondly, great family neighborhood. Lot’s of afternoons spent playing red light green light, tag, dodge ball. Staying out till dark and the echo of parents calling the kids in for dinner. My only bad memory of this house was getting an old-fashioned spanking for jumping over my mother’s new Magnolia tree and breaking it in half (I still swear to this day it wasn’t me).  Well here is that house and TREE today! 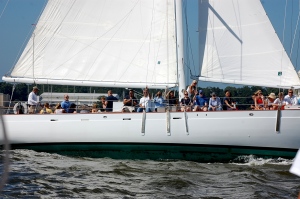 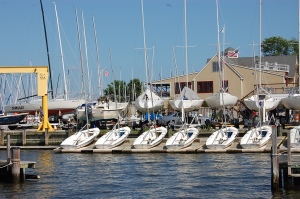 Being a middle-aged pre-menopausel….wino, (makes me sound like a crazy raving lunatic) has taken my body to new level of muffin topness.

My goal by throwing myself under the bus here is to shame me into holding myself accountable. Yea, yea, yea I know shaming myself is not the way to go, I need to create a healthy lifestyle and stick to it. Whatever ….tell that to my bathing suits that have not left the 4 walls of their dresser drawer in 2 years.

I am a generally happy camper, the usual social butterfly, love my job, my husband, my kids (when they aren’t driving me to drink) so the one area of my life that occupies too much of my time in a negative way is my struggle my weight. I don’t over indulge really, but I do like my wine of course and the Creme Brulee at dinner last night was to die for but I am not a junk food junkie, don’t drink soda, love fruit and veggies and can tolerate a protein smoothie now and then, oh and did I mention I rode my bike twice this week? Yea I admit I hate exercise…..BUT I am going to commit to make a concerted effort to get moving.

So here I go…..it’s July 1st let’s see what I can do! The good news is if I can shed some baggage here I won’t need to buy new clothes for vacation, I have a closet full of new “I am gonna save these for when I lose weight clothes” .

This is my first try at a travel blog, I am no expert but my recent trip out West was worth writing about!

I started out on a thursday leaving from Dulles, not my first choice of airports to leave from but I got a decent price that made it worth the extra mileage and traffic. I went through Priceline  , my first bid was not accepted but they countered with $300.00 which seemed reasonable and less expensive than the advertised price. I don’t use the “name your own price” option much but it is a great way to get a good deal on a hotel if you aren’t married to staying in an exact location.  If you put in the star level you want and the general area you can get some great deals, this works well in New York.

My flight was uneventful, thank you God because I have had some crazy experiences with flying but that’s a story for another day. I sat next to this 20 year old who was on his way back home from visiting his girlfriend in Washington, they met at college in Nebraska, he was so adorable he told me all about his trip and his plans, his parents should be proud. So Mark from Nebraska, thanks for the chat.

My layover in Dallas was a couple of hours so whats that mean? Yep, airport bar…Had a couple of great Margaritas. I love airport bars, I love to watch the unfolding stories and imagine where there going. My flight from Dallas to San Francisco was awesome 3 seats to my self and a movie!….and some Wine!

I went out to visit my oldest son who recently relocated to Palo Alto for a job at a start up (his lifelong dream). His office is actually located on the Google Campus, tech heaven….

After landing in San Francisco thursday night, my son drove me to my first stop Dinah’s Garden Hotel 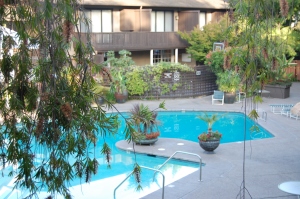 What a great hotel, it was clean and my room was great overlooking the pool. The best part was it was only $100.00 a night. Rated at 3.5 stars on most travel sites I thought this was a great deal. It is located close to Stanford and to all of the Tech stuff. Trader Vic’s is on site, which I never stepped foot in but I we had breakfast by the pool Friday morning and had one of the best omelets ever! Kinda pricey but I figured the room was a steal so what the heck…

Friday we set out to Half Moon Bay on the instruction of a friend of mine. (shout out Tina Collins!) She gave us some great tips that we would of never found out on our own. First we set out to find the Ritz Carlton, www.ritzcarlton.com/halfmoonbay there are no signs so we used our navigation, we approached a gate so we figured this must be it, fully expecting to get turned away since we weren’t guests I was pleasantly surprised that the attendant waved us in and even allowed us to park in the garage …..for FREE! There are signs for public beach access that also suprised me. This place was unbelievably gorgeous, the golf course sits on cliffs that overlook the Pacific, the beach was also stunning. After some picture taking and stroll to the beach we decided to check out the outside bar, what a backdrop. Adirondack chairs and couches everywhere with crackling firepits ….what more could you ask for, I could of sat there all day. But hunger calls so on another tip we headed up the coast a bit and had a great dinner at Half Moon Bay Brewing Company.

Saturday we met up with our tour guide for the day my friend Tina. She was kind enough to give us a great tour going south , Santa Cruz, Monterey, Carmel and the highlight for my son Pebble Beach and Spanish Bay. It amazed me we could see so much in a day , we checked out the pier in Santa Cruz had breakfast out by the water, drove through Monterey and walked out on a beach in Carmel, had a drink at the Highlands and then headed onto Seventeen Mile Drive to Pebble Beach and Spanish Bay. 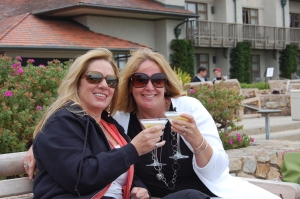 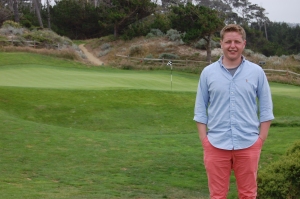 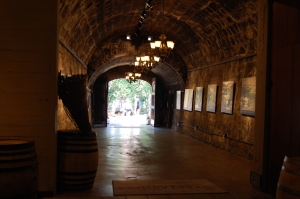 The day didn’t end here, we headed to a Winery in Los Gatos. Testarossa Winery sits up on a hill and looks like it’s been there forever, very old world. We ended our day with a great dinner back at Tina’s, she whipped up some pizzas on the grill, perfect ending to a perfect day!

Sunday we headed North to San Francisco. We drove over the Golden Gate, had brunch in Saulsalito which is a cute little town on the Bay right off the bridge.

Here’s a great tip, parking rates are extremely outrageous in the City, so since my hotel was in the Financial District (Omni) and it was a Sunday there was plenty of free parking at the meters on the side streets, they didn’t start charging until 7am the next morning so what a deal that was. The Omni was nice and staff were awesome. My air didn’t work so they gave me a comped Town Car to take me to my airport hotel the next day ($80.00 value) so that was worth the being slightly uncomfortable.  My son of course being on the cutting edge of new apps showed me how Uber works, Town Car service that is prepaid including tip, you just sign up and access it on your phone, the drivers have your GPS location and show up, how easy is that. The fares were reasonable and comparable to a cab ride but you don’t have to worry about cash or haggling over routes and fares. We used the Uber service to take us to a free Jazz Festival that was going on and to dinner at the Stinking Rose.

My son went to work Monday leaving me to do some shopping in the City. Union Square has it all, it was walking distance from my hotel and I am not really a shopper till you drop kinda girl but all my fav’s were there. Williams Sonoma, Crate & Barrel as well as all the biggies, Macy’s, Saks….

After my little spending spree I enjoyed a $17 Martini at the hotel, ( drinking in California will cure you of drinking too much) drinks out at any bar or restaurant are outrageous but the CVS sells popular brands dirt cheap! I bid farewell to downtown San Francisco and headed in my complimentary Town Car to my airport hotel the Hyatt Regency, very nice but the highest price of all three I stayed at on my trip. It had a nice little sports bar and complimentary shuttle to the airport which was great since my flight left early in the AM.

The flight home was long but I sat next to a very entertaining couple that had literally just met on the plane, he was on his way home from vacation and the girl was on her way to orientation at American University which just happened to be right down the street from him. Well let me tell you they learned eachother’s life stories, likes, dislikes everything to the dismay of the gentleman trying to sleep in front of them he even went so far as to tell them to shut up at one point. I was wondering to myself “will he get her number” or am I gonna waste 4 hours of my life listening to constant flirting. The answer is yes, he did make up some lame reason to look at her phone which led into “let me put my number in here in case you ever need anything because I am just down the street”. I wonder where that one will go. 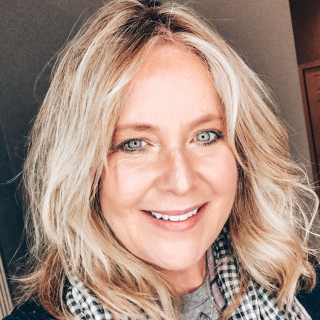